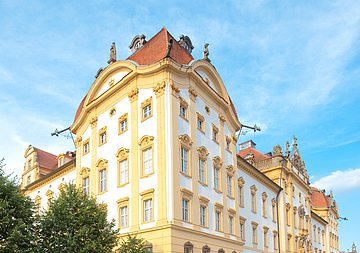 Ellingen has been the residence of the territorial commander of the bailiwick of Franconia for more than 400 years. Franconia was the largest and wealthiest of the 13 provinces of the Teutonic Knight Order and therefore the centre of a mighty territorial and economic power, too. In 1718, the building of the new Baroque palace began under architect Franz Keller.

In 1775, the French builder Pierre Michel of Ixnard (1723-1795) modified it according to the typical Early Classicism style and in 1815, Prince Carl Philipp of Wrede wanted some enfilades to be fitted with valuable paper and silk wallpapers, furniture, glasses and bronzes from Paris. These rooms with stuccos and pieces of furniture of Ixnard are included among the most important masterpieces of interior design of the Bavarian Classicism. 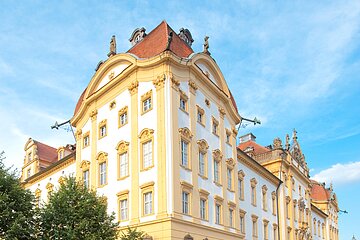 Adults: 5,00 €
Reduced: 4,00 € (groups from 15 persons on, soldiers and reservists, seriously disabled, over 65)
Children up to 18 years, school children: admittance free