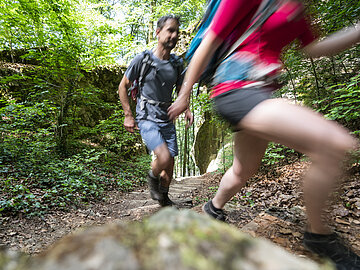 The remains of the Torfelsen castle are still visible high over Unteremmendorf. The ancient entrance of the castle probably led through a rock arch of natural origin. The castle incorporated the cave that is located in a rock bank practicable up to a depth of 25 m as well as a second cave, which is located 15 m to the west. The lords of Emmendorf, a vassal family of Eichstätt, built the three castles "Torfelsen", "Saufelsen" and "Hubertusfelsen", which can be traced back to three lines of the same house with different coats of arms.

A family of episcopal ministries was named after Emmendorf and it was firstly mentioned in 1119 with Konrad of Emmendorf. There is also evidence of another Konrad of Emmendorf who was episcopal chamberlain between 1186 and 1206. Euphemia of Emmendorf was abbess of the convent of St. Walburga in Eichstätt between 1299 and 1321. Albrecht Emmendorfer became bailiff of Rain (am Lech) in 1361 and Friedrich Emmendorfer held the position of bailiff at St. Willibaldsberg (that means at the Willibaldsburg castle in Eichstätt) between 1383 and 1387. Moreover, in 1422, duke Ludwig of Ingolstadt (called the Bearded) employed Friedrich Emmendorfer as an administrator for the castle Wackerstein that he had conquered. It is possible to trace the three castles back to several lines of the Emmendorfer family with different coats of arms. In 1444, members of the Emmendorfer house sat as gentlemen in the court of Hirschberg, and the Absberger of Rumburg (near Enkering) held their own possessions already in 1451 as a fee of the ecclesiastical principality of Eichstätt. At that time, the Emmendorfer family seems to disappear with the consequent decline of its castles. 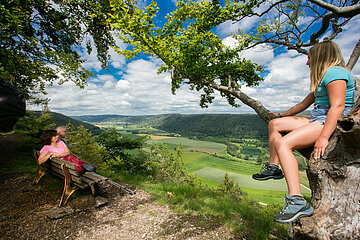 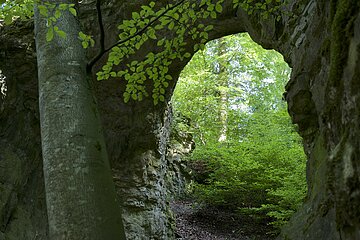 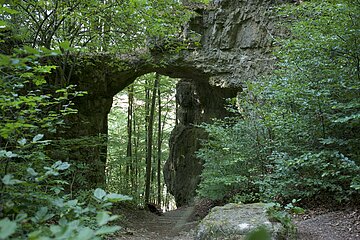 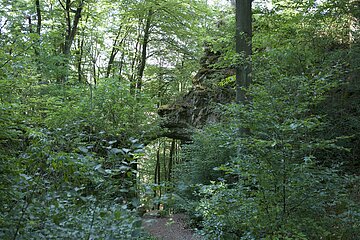