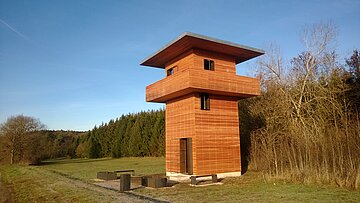 A watchtower with a steel framework coated in wood and equipped with modern boards of corten steel called "time windows" has been built about 2 km to the north of Hienheim, on a hilly place at some distance from the Limes line. The tower is located near the watchpost 15/46, whose existence is based on historical evidence. Boards in English and German inform about the Roman times and the Roman watchtowers.

Besides the tower of Hienheim, other towers have been built along the Bavarian section of the Limes: two towers with a structure completely made of wood (Kipfenberg and Burgsalach), a stone-made tower of full height (Erkertshofen) and a truncated stone-made tower (Mönchsroth). A preserved section of the Limes wall (height: 40-50 cm) runs to the south of the modern tower made of wood and corten steel, and some 150 m to the west it meets the indirect traces of the local Roman wooden tower.

The stone-made wall has been built across the ditch and over the central plateau of the site of the wooden tower. Therefore, two hollows have come into being in the earthwork making at least the tower's location identifiable. Today's country path makes the real dimensions of the wooden tower and of the stone-made towers' remains no more distinguishable. 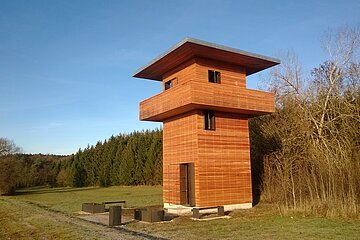 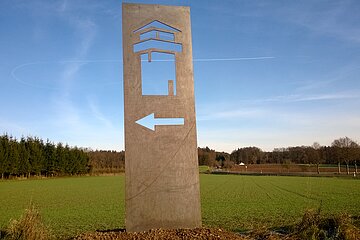 POSITION
The wooden tower is located to the west of and close to the road Hienheim-Kelheim and is easily accessible thanks to the parking place near the Limes.