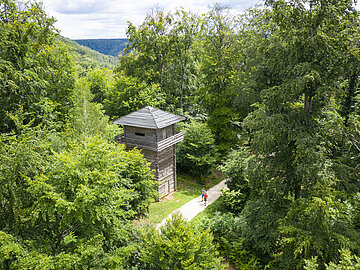 The rebuilding of a wooden tower on the Pfahlbuck stands next to the foundation of a stone-built Limes watchtower and shows one of the first building stages of the ancient Roman defensive line.

From its observation platform, it is possible to see the Limes that bent sharply right here as well as the foundation of the former stone-built tower and a short section of the rebuilt stockade. During its first building stage, the Limes was entirely equipped with wooden towers and a similar stockade. Even if today it does not look extremely frightening, in ancient times the wall was a very effective barrier that protected the border of the Roman Empire.

On the hill of the older wooden tower it is possible to recognize a round trench and four pole holes clearly. During the first and second Limes building stage, these wooden towers were located behind the line of the border, at a certain distance from it. The stone-built Limes of the fourth building stage cut the foundation of the wooden towers. An information board near the stone-built tower presents the course of the Limes in the surroundings of today’s town of Kipfenberg.

From a height of 8 m soldiers had a perfect view over the Limes wall to the right and to the left of the tower (its remains are still visible on the foundation corners) and - of course - over the castrum Böhming in the valley.
The tower was a guard point of strategical importance as it both allowed eye contact to the castell and made it possible to control the entire valley along the River Altmühl from Böhming to Ilbling.

Messages from other towers were transmitted to the troops stationed in the castra that could intervene quickly in case of an emergency. The small white church that you see outside the residential area towards Böhming stands right in the centre of the former Roman fortified encampment.

Today the Limes is a designated UNESCO World Heritage Site, which is 550 km long. In no other place along the entire wall it is possible to observe all of the building stages of the Roman defensive fortification together with a Roman castrum. 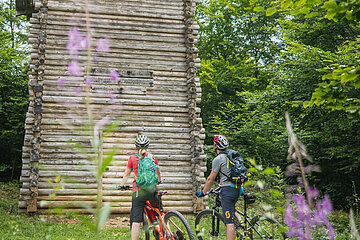 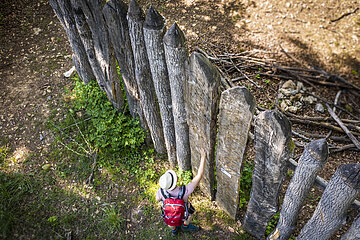 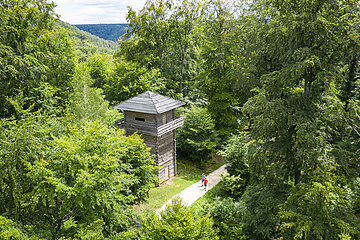 Attention: for reasons of safety, access is granted only to the tower interior and not to the balustrade.

POSITION
You can reach the tower on foot along the Limes hiking trail ("Limeswanderweg") from the centre of Kipfenberg (45 min.).